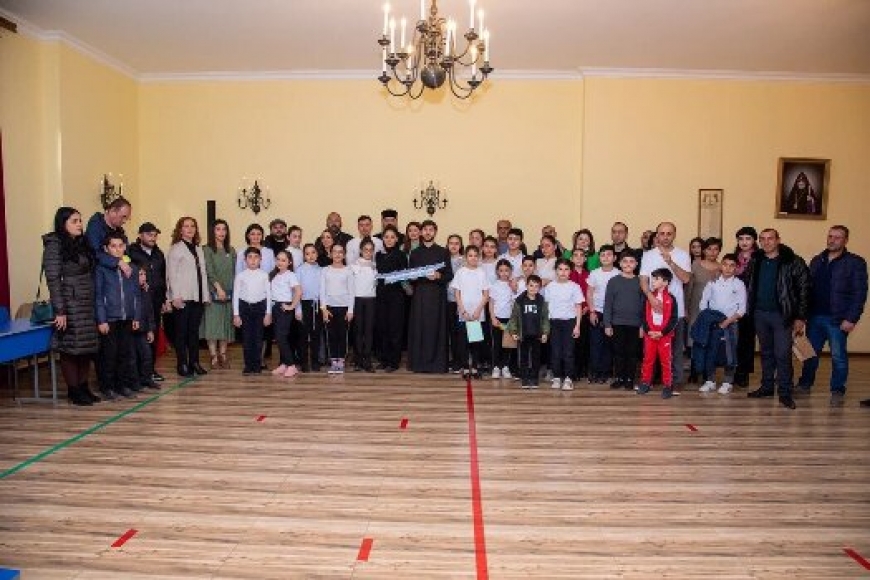 Within the framework of the project named “Armenian Church works in abuse awareness, prevention and response to domestic violence and war trauma”, in the scope of the program “The EU for the equality of women and men, together against gender stereotypes and violence” financed by EU and WCC Armenia Round Table foundation, implementing by “UN Women” and UNFPA, an event dedicated to "Responsible Fatherhood" was held on December 9, on the occasion of International Men's Day (due to a provocation carried out by Azerbaijan within the borders of the Republic of Armenia, the event was held on December 9 instead of November 18). 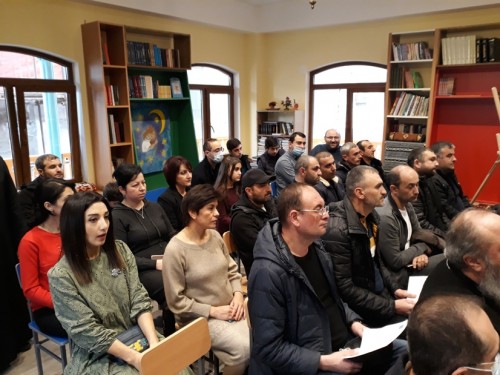 The event was organized in Tavush Diocese of the Armenian Apostolic Holy Church under the leadership of Mary Arakelyan, head of the "TAHUYS" social-educational NGO. 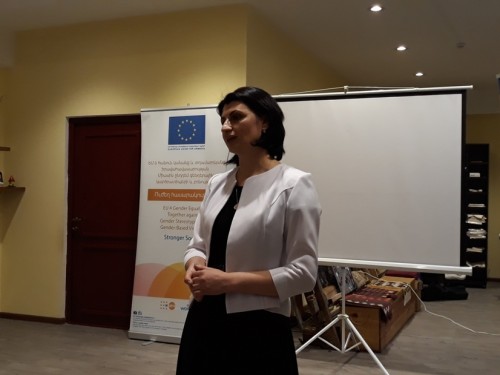 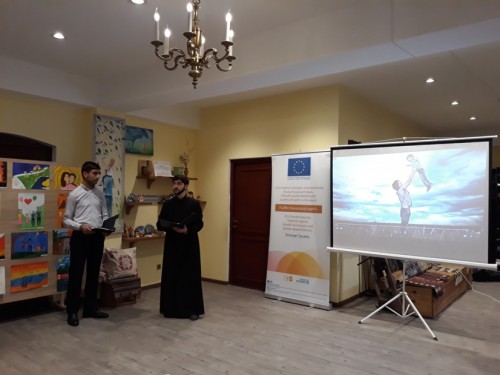 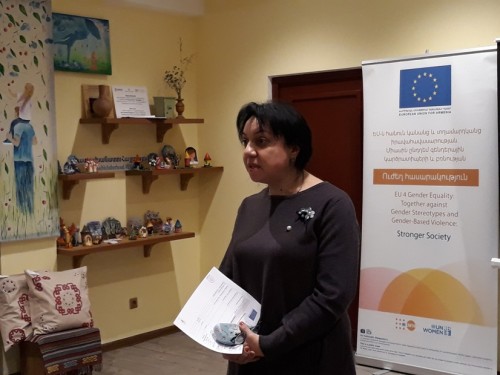 Tsovinar Ghazaryan highlighted the cooperation between the WCC ART and UNFPA, thanks to which projects aimed at the prevention of domestic violence are being implemented in different regions of Armenia, and expressed gratitude to the diocesan Primate of the Armenian Apostolic Church in Tavush for His blessing and the staff of "TAHUYS" NGO for the implementation of the event. 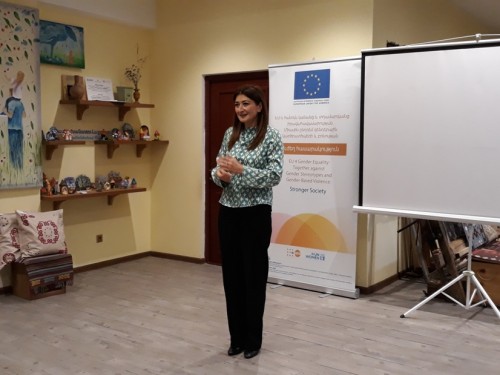 Tsovinar Harutyunyan touched upon the importance of equality between women and men, the need for men to be engaged in the upbringing of children. She thanked the WCC Armenia Round Table Foundation and the Primate of the AAC Tavush Diocese for cooperation and for promotion the projects mentioned above. 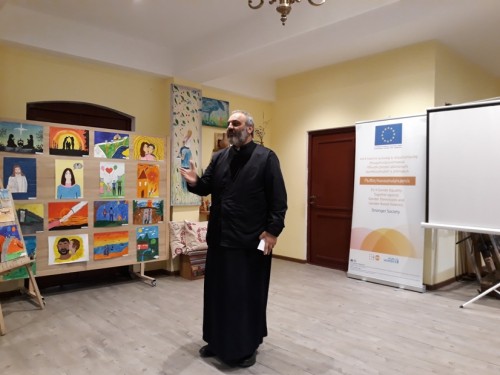 Bishop Bagrat Galstanyan greeted Karen Nazaryan, Director of the WCC ART, and thanked all the staff for contribution the implementation of the project, referring to the establishment of a social-educational center years ago, in the improvement of which the UNFPA and WCC ART had a great role. His Holiness emphasized the activities carried out especially after the war, due to which social-psychological support was provided to the victims of the war, and stressed the need for a correct understanding of Creation: "In Biblical creation, man consists not of one, but of two, not in subordination, not in preference, but in the full sense, in the sense of the wholeness of the human idea." The Bishop also thanked the fathers who took part in the event, who undertook the responsible task of being with their children and encouraging them to participate throughout the event. 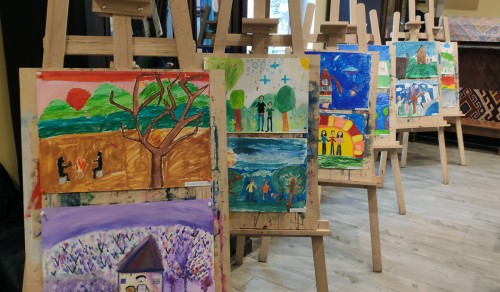 The event consisted of 2 main directions: painting competition-exhibition on the theme "I and my father" and sports game competition entitled "Fathers and Children". The event was accompanied by national song and dance. 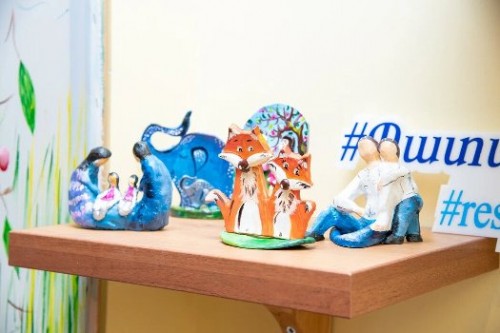 In the first stage of the events, from November 1 to 15, 100 students from the painting, pottery groups of the "Arevik" Center were instructed to prepare thematic works entitled "I and my father". On November 15, the group of social workers and teachers of the center selected the paintings submitted to the competition for the 1st to 3rd places according to the results. The first prize-winning paintings were exhibited during the event at the "Arevik" Center for an exhibition dedicated to International Men's Day. All the children participating in the drawing competition received small incentive gifts. 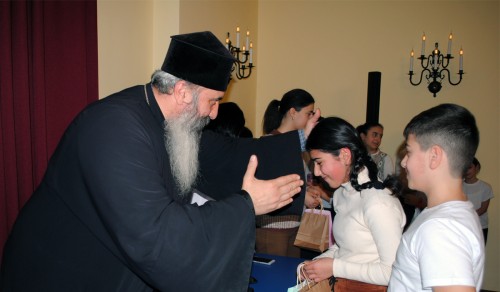 Within the framework of the project dedicated to the International Men’s Day, a sport game contest was organized entitled "Fathers and Children" in the hall of "Arevik" center. An invitation was sent especially to the parents to participate in the event. The children of 10-12 years old (30 children) of "Arevik" center took part in the competition. The fathers were involved in the games.

Asya Sargsyan, a social worker at the "Arevik" Center, carried out the preparatory and organizational work for this: from November 1 to 15, the necessary equipment for organizing the games was acquired, the participants were selected, and discussions were held with the parents. 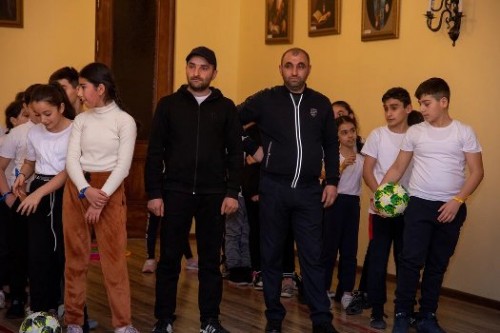 At the end of the event, the teams that took the first and third places were given incentive gifts. 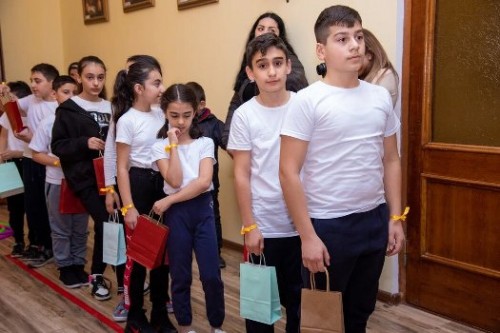 The hosts of the event presented interesting details about International Men's Day, referring to the role of men in families and responsible fatherhood. 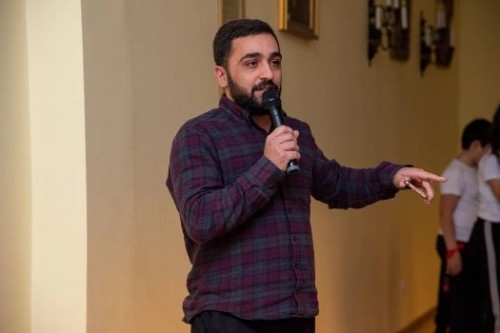 The event ended with the blessing of the priests. 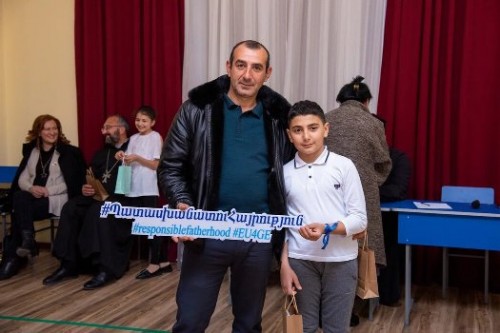 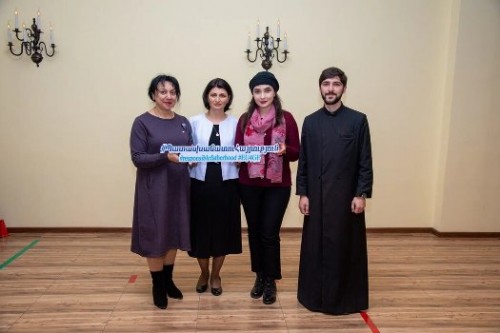