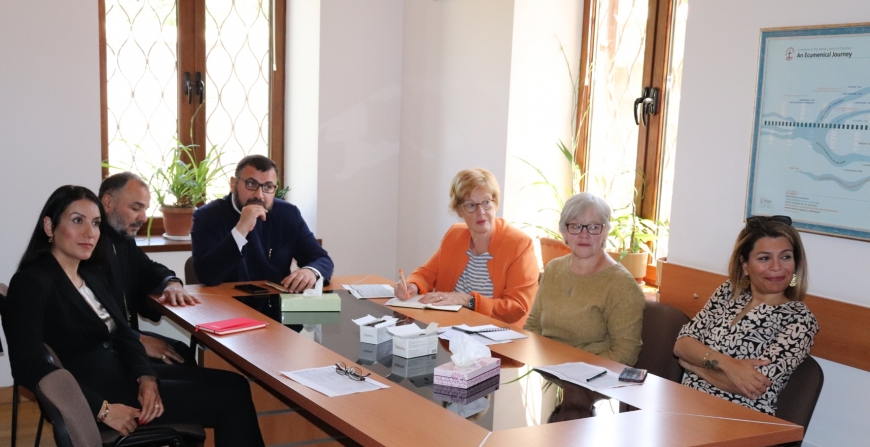 The WCC delegation visiting Armenia by the invitation of the World Council of Churches (WCC) Armenian Round Table Foundation met with Bishop Vrtanes Abrahamyan, the Primate of the Artsakh Diocese of the Armenian Apostolic Church, at the MotherSee of Holy Etchmiadzin. The representatives of the organization are in Armenia within the framework of the "Pilgrimage of Justice and Peace" mission. WCC representatives Susan Durbern from Great Britain, Cornelia Füllkrug-Weitzel from Germany, Carla Khijoyan from Switzerland, Ani Ghazaryan-Drissi from Switzerland took part in the meeting. The meeting was also attended by Proto-Archimandrite Shahe Ananyan, the Director of the Inter-Church Relations Department of the Mother See of Holy Etchmiadzin. 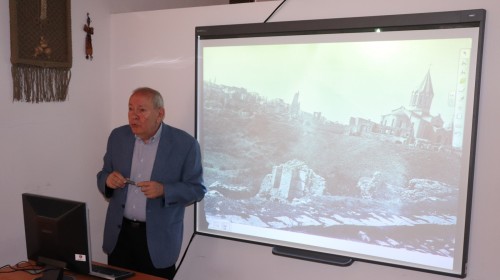 At the beginning of the meeting, Karen Nazaryan, Executive Director of the WCC Armenia Round Table Foundation, presented the background of the Artsakh issue and the current situation.

The Bishop presented the catastrophic humanitarian consequences of the 44-day war of 2020, the current situation in Artsakh, the war crimes committed by Azerbaijan and the destruction of cultural and religious monuments during the war. The representatives of the delegation were interested in the current social-psychological condition of the population of Artsakh. 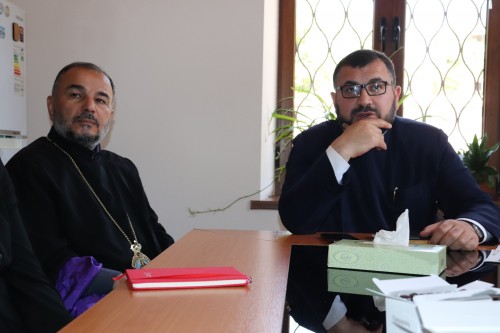 Bishop Vrtanes informed that in order to overcome the aftermath of the war, they actively work with children, young people and women who have lost relatives. The diocesan leader said that there is a special rehabilitation program for women who have lost relatives. He also said that he was deeply disappointed by the reaction of the international community to the Artsakh war, seeing how the crisis in Ukraine is being covered now, how they are reacting to it. He also noted that the Russian peacekeeping troops operating in Artsakh are carrying out their mission with dignity.

The members of the delegation said that the purpose of the pilgrimage is to get acquainted in the churches and communities with the pains and solicitudes of fellow believer Christians . They said that they visit especially the places where the residents have suffered. The collected information will be presented to the WCC Central Committee, on the basis of which a relevant report will be prepared for submission to the conference to be held in November, during which it will be addressed. The WCC Conference is held every seven years. Such pilgrimages have been made by different groups on different continents of the world. 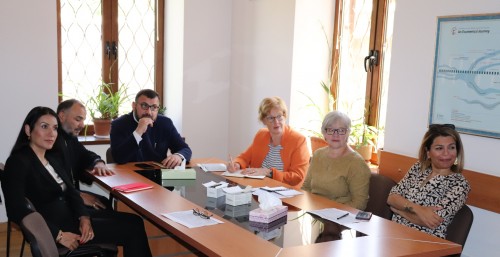 At the end of the day, the WCC delegation also met with the staff of the WCC Armenia Round Table Foundation, got acquainted with the program directions, the history of the past 25 years activity.

Until June 1, the members of the delegation will meet with His Holiness Karekin II Supreme Patriarch and Catholicos of All Armenians. They will visit Masis and Ijevan to get acquainted with the programs of the WCC Armenia Round Table Foundation, and in Yerevan they will meet with families displaced from Artsakh. The delegation will also visit the Armenian Genocide Memorial, participate in the Holy Liturgy at the Saint Gregory the Illuminator Cathedral.