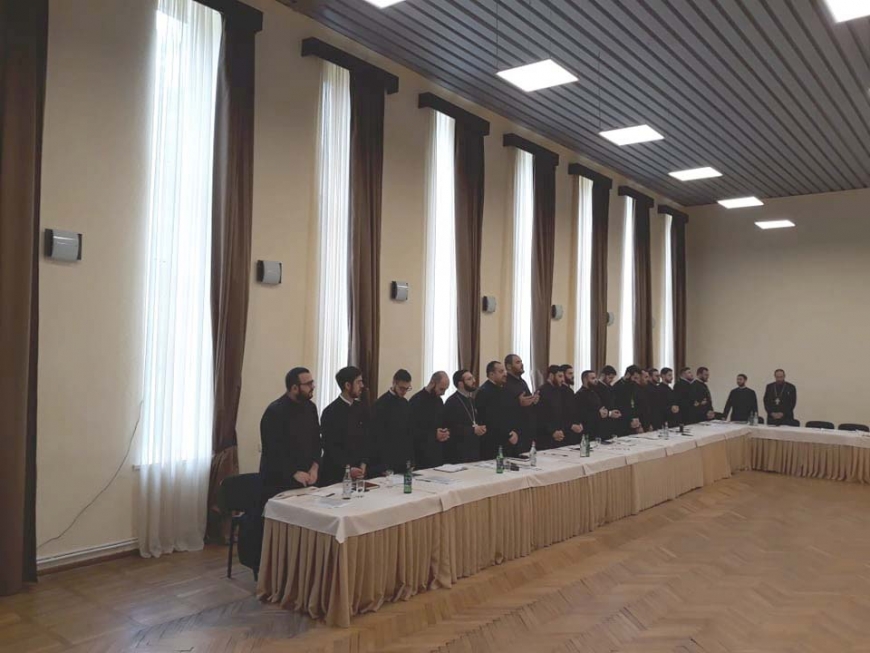 Within the framework of the "Armenian Church works in awareness raising, prevention and response to domestic violence" project organized by the WCC Armenia Round Table Foundation a three-day training, named "Psychosis in the context of war and violence", has launched for the chaplains of RA Armed Forces and directed by Spiritual leader of the RA Armed Forces - Archimandrite Fr. Movses Sargsyan and psychologist Davit Gevorgyan. The project is funded by UNFPA. 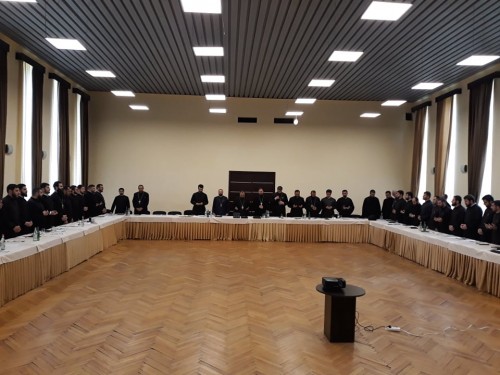 The goals of the program are to prevent domestic violence, to promote responsible fatherhood, to provide services to victims of domestic violence and war in the communities of Armenia in cooperation with the Armenian Apostolic Church.