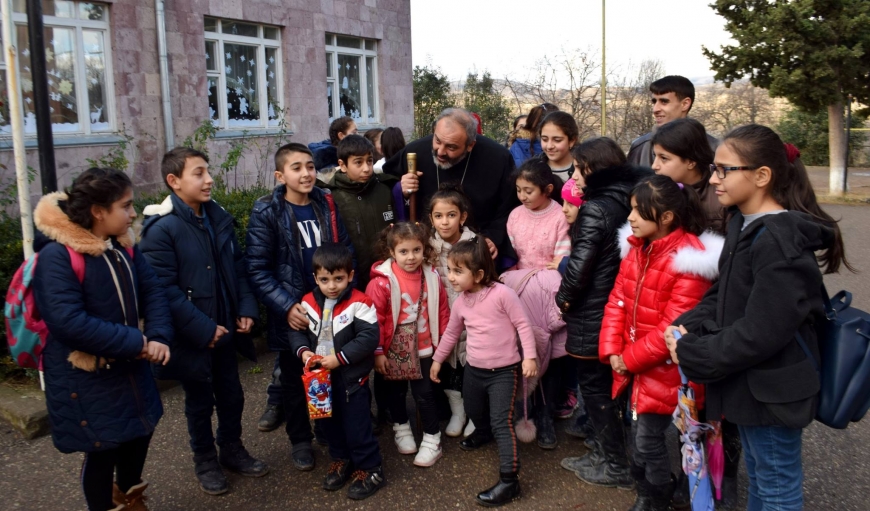 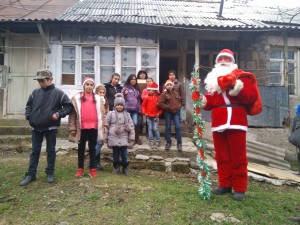 The clergymen of the Armenian Apostolic Church, the social and educational center of the dioceses visited the needy and pupils of Artsakh, Artik, Ashtarak and Tavush. The initiative was implemented with the support of the WCC Armenia Round Table Foundation. 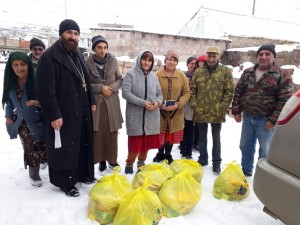 The clergymen of Artsakh Diocese made New Year surprise to the nursing home of Artsakh, 34 families with many of children from Taghavard village, Shushi and Stepanakert, 70 people in Shushi prison, and 25 students from Stepanakert Boarding School.

80 beneficiaries received gifts during the New Year celebration at the Saint Marianeh Center in Ashtarak. After New Year greetings and presents the students of the center rejoiced Father Frost (Santa Claus) with their musical performances. 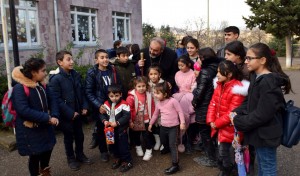 This year, the format of the events was slightly changed by the recommendation Bishop Bagrat Galstyan, the Primate of Tavush Diocese of Armenian Apostolic Church. Unlike recent years, when the students of the diocese's Sunday schools performed for themselves and their parents, this year they made speeches in kindergartens and pre-schools, general schools and military units, and in Berd and Gosh they visited lonely elders in their communities and informed them the sacrament of Christmas. Overall, 1805 students, representing about 40 communities in the region and attending Sunday schools and socio-educational centers in Tavush region received presents.