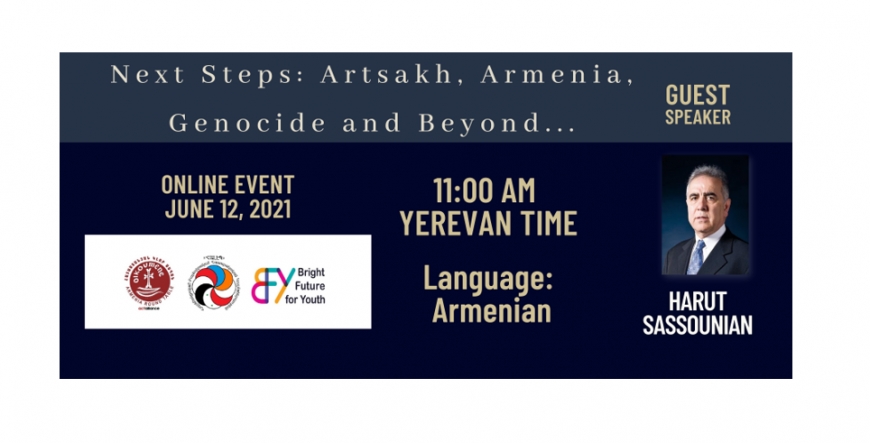 On June 12, Harut Sassounian met online with Syrian-Armenians, local youth, and other people interested in issues related to Armenia and Artsakh. The next steps on the path to justice in the issue of the Armenian Genocide, the situation in Armenia and Artsakh, the activities of the Armenia-Artsakh Foundation, the formation of a Diasporan Parliament through national elections were on the agenda of the meeting entitled “Armenia, Artsakh, the recognition of the Armenian Genocide and Beyond”. After addressing the above-mentioned topics, the “Questions and Answers” session began, during which the participants of the meeting had the opportunity to ask their questions to the speaker.

The participants inquired how the speaker’s cooperation with Mr. Kerkorian began, what was the result, why Armenia and Artsakh used to be so important for Mr. Kerkorian, his views and assessments on the 44-day Artsakh war, his vision on strengthening the Diaspora-Armenia relations, and on the involvement of qualified diasporan specialists in the public administration system.

Harut Sassounian is a newspaper publisher, syndicated columnist, TV commentator, author, filmmaker, and human rights activist. He is the publisher of the Glendale-based newspaper, The California Courier. His weekly commentaries, translated into Russian, French, Arabic, and Armenian, are reprinted in publications around the world and posted on countless websites. Sassounian is the Founder and President of the ARMENIA Artsakh Fund which has procured and delivered $925 million of humanitarian aid to Armenia during the past 23 years. As Senior Vice President of Kirk Kerkorian’s Lincy Foundation, he oversaw the successful implementation of $242 million of infrastructure projects throughout Armenia. Sassounian served as a human rights delegate at the United Nations in Geneva, Switzerland from 1978 to 1988. He played a leading role in the recognition of the Armenian Genocide by the U.N. Sub-Commission on Prevention of Discrimination and Protection of Minorities in 1985.

The meeting was organized within the framework of the Capacity-building component of the “Bright Future for Youth” program funded by the WCC Armenia Round Table Foundation and implemented by the Aleppo-NGO.