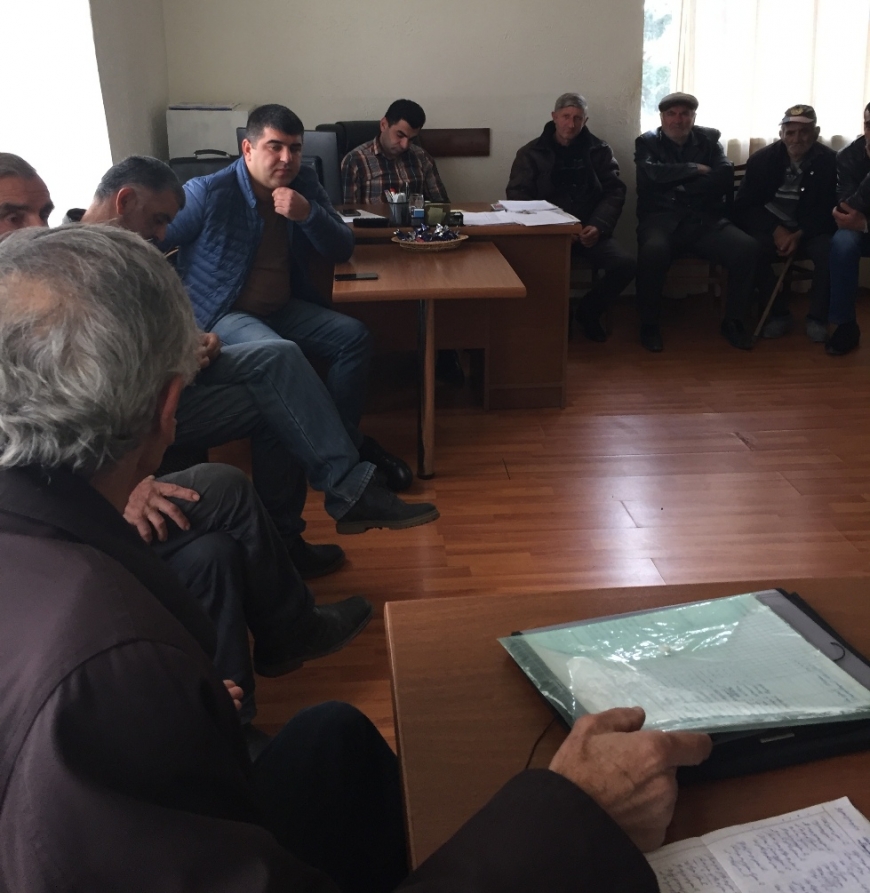 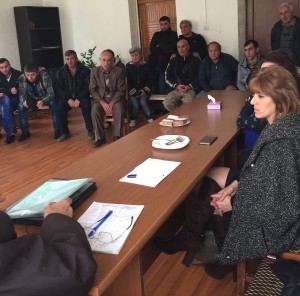 World Council of Churches Armenia Round Table Foundation's (ART) team visited Berkaber, one of the borderline villages in Tavush for starting project aimed at increasing living conditions by increasing the youth potential in honey production.

ART team met a group of honey producers who started beekeeping with the help of Armenia Round Table back in 2004. The meeting began with enquiry about the status of bee keeping in the village. Our beneficiaries of 2004 continued beekeeping and many of them increased the number of bee colonies and were satisfied with the project. Pass over of bee colonies to other members of the community was recorded as well.
22 men and women interested in bee keeping participated in the meeting. The project was presented to the audience, concerns voiced and discussed. There were all prerequisites for project implementation here, taken that though the village was under direct shooting from Azerbaijani side, there was nearly no migration from the village. Moreover, many young people expressed willingness to start or expand honey production.